Every month, a group of loud actors completely make up a never-before-seen and never-to-be-seen-again episode of The Powerpuff Girls, live onstage. Yes, everything is improvised, even the fights.
​
THE CAST:
​ANN MARIE TAGLAVORE as Blossom
GENNY YOSCO as Bubbles
SATURDAY LAWSON as Buttercup
DENISSE ESTEFANY MENDOZA as Sedusa, Miss Keane, and others
​JEI SAMUELS as Professor Utonium, HIM, and others

All performances will be at 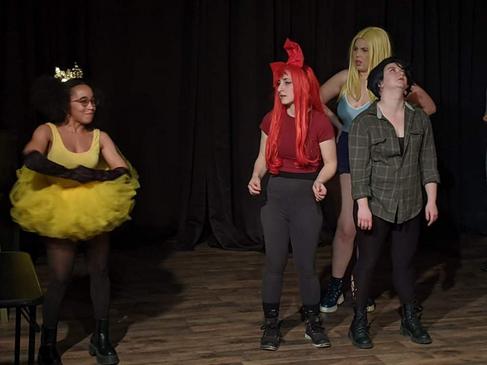