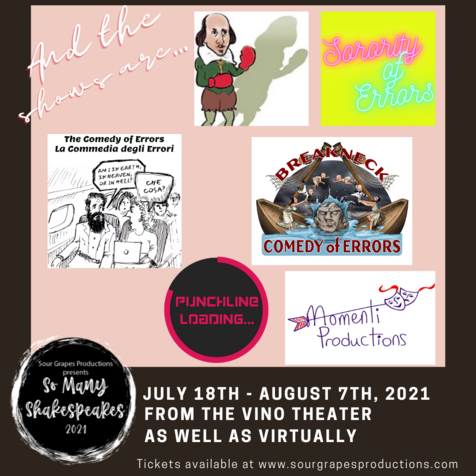 The 2021 So Many Shakespeares awards have been announced, and congrats to all winners!

Hooray for everyone, yay!!

Submissions for next year's festival will open Saturday March 19th, 2022
Next year's theme: ROMEO AND JULIET