A Hopeful Tale of Heroin, Hooking, and Happiness

written and performed by Mary Goggin 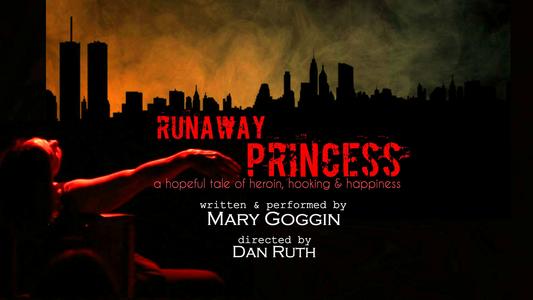 “Once upon a time, there was a Princess born to a King and Queen who were banished from their island, forced to flee to America in a coffin ship.” Thus begins the tale of the Runaway Princess... in which Mary Goggin shares a true story, laced with wicked humor and much pathos, of her Irish Catholic upbringing, drug addiction and prostitution, and the multitude of characters she encountered along the way to ultimately finding joy.

Presented as part of the 2021 Madonna-Whore Feminist Theatre Festival