Called “the funniest farce ever written,” Noises Off presents a manic menagerie of itinerant actors rehearsing a flop called Nothing’s On. Doors slamming, on and offstage intrigue, and an errant herring all figure in the plot of this hilarious and classically comic play.

NOISES OFF is presented by Sour Grapes Productions as part of the 2021 Down to Clown festival. 50% of our box office proceeds will go to the Red Nose Campaign.

NOISES OFF is presented by arrangement with Concord Theatricals on behalf of Samuel French, Inc. www.concordtheatricals.com 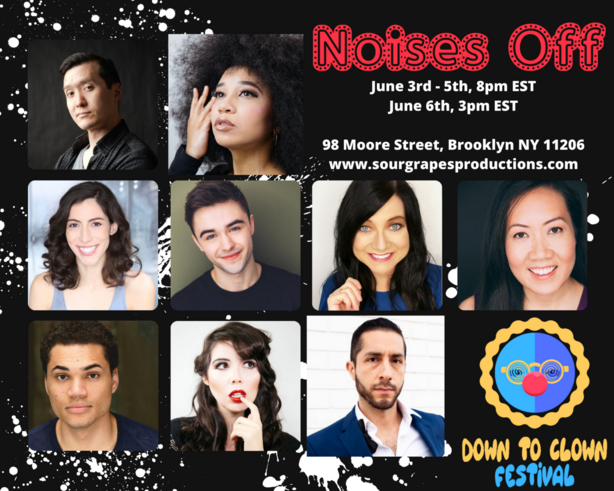 Can't make the show but want to support? We'll gladly take donations! Sour Grapes Productions is a non-profit company, so all donations are tax deductable.