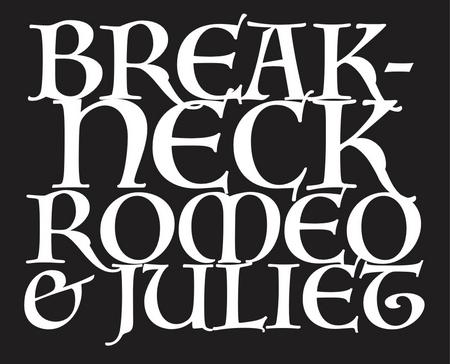 Created and performed by Tim Mooney

Part of the 2022 So Many Shakespeares Festival

Created by the winner of 2021 SoMaShakes' BEST OVERALL Award, it's Tim Mooney's Breakneck Romeo & Juliet! Timothy Mooney is the author/adaptor of "Breakneck Hamlet," "Breakneck Julius Caesar," "Lot o' Shakespeare," as well as "Shakespeare's Histories; Ten Epic Plays at a Breakneck Pace!" new one-man plays which "crack the code" on Shakespeare's most challenging work, which, along with his play "The Greatest Speech of All Time," makes challenging rhetorical delivery accessible to audiences everywhere. Mooney's newest play, "Man Cave, a One-Man Sci-Fi Climate Change Tragicomedy, has been celebrated as a "haunting and hilarious" awakening to the critical urgency of the climate crisis.

Mooney's acting textbook "Acting at the Speed of Life" breathes life into stylistic performance at high schools and colleges, while his "Big Book of Molière Monologues," has given actors everywhere a new resource for comic classical auditions. Over twenty years, Tim's very first one-man play, "Molière than Thou," drawn from his seventeen new adaptations of the plays of Molière (featuring Mooney's impish sense of rhyme) has been presented over 500 times, giving some hundred thousand students their first introduction to Molière. These iambic pentameter variations (most published by Playscripts and Stage Rights) have been produced well over 150 times around the world, winning competitions at high school, regional and national festivals. Tim's latest adaptation is a new rhymed version of Goldoni's "The Servant of Two Masters." Mr. Mooney continues to present his (now) TEN one-man shows across North America under the umbrella of the "Timothy Mooney Repertory Theatre."

All performances will be fully virtual.​​