Breakneck Comedy of Errors
​written and performed by Time Mooney

Tim Mooney attempts the impossible: A ONE-MAN “Comedy of Errors” in just ONE HOUR! Yes, Tim plays ALL FOUR PAIRS of twins! (He threw in two extra sets of twins just to up the challenge.) Tim is the author/performer of “Breakneck Hamlet,” “Breakneck Julius Caesar,” “Shakespeare’s Histories; Ten Epic Plays at a Breakneck Pace” and “Molière  than Thou”… and, never having attempted a one-man FARCE, with all of its character changes quick entrances, exits and confusion, even HE doesn’t know just how he’s going to pull this one off! (It should be fun, if only to witness the train wreck.) (No, that’s not a LITERAL train wreck.) 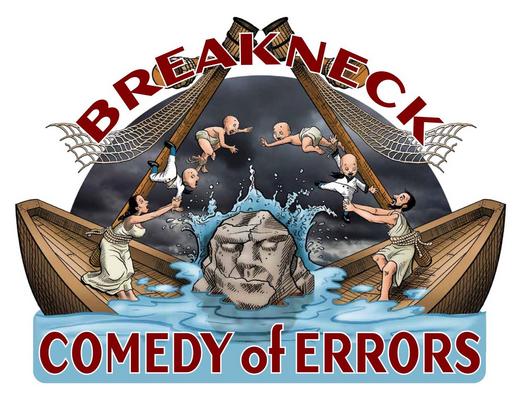