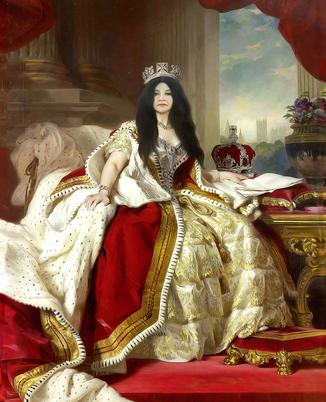 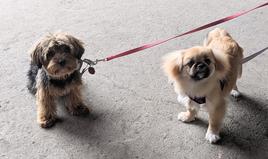 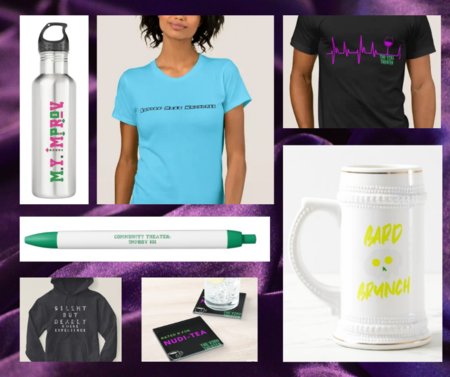 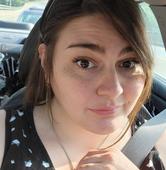 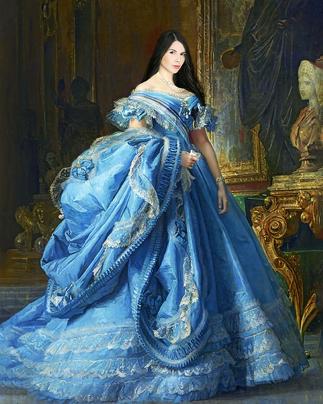 Poppy was brought into The Vino Theater on December 8th of 2020. While she was only 2 months old at the time, she was put in charge of the Barks Office as well as Guest Relations for The Vino Theater. While she is incredibly competent and up for any challenge that doesn't need thumbs to accomplish, she insisted on hiring an assistant to help with her increasing workload. Petunia was hired August 28th of 2021, and has been as much of an asset to the company as her big sister.

Julia is a multi-media artist with a strong academic background. She is also the co-founder, social media manager, and researcher of the podcasts "What's In Your Hometown?" and "Disclaimer: Results May Vary." In 2021, She is very passionate, but she is also tired AF. Comedy is her favorite coping mechanism. She began her career as a performance artist in the 7th grade when she joined Genny Yosco as an actor at their local children's theater company. Totally incapable of doing "just one thing," she branched more into technical work, including lights and sound engineering, stage management, and set construction. In college, she decided pursue a career as an advocate for marginalized people in her home state. Her work, inside and outside of academia, is driven by her curiosity and her insistance on making art accessible to everyone who wants to appreciate it. She earned three degrees from West Virginia University between 2010 and 2019; a BA in Women's and Gender Studies with a minor in sociology, a second BA for Criminology with a minor in LGBTQ+ Studies, and a Juris Doctor with a concentration in public interest law. She has served as the president of the LGBTQ+ Speaker's Bureau, the secretary of the ACLU of West Virginia University, and as a 2018 Fellow through the West Virginia Fund for Law in the Public Interest.

Chris has had a lengthy performing career, including local, regional, and Off-Off Broadway productions. She was in the original cast of Nightlife on the Mojave, which was called "A brilliant performance, quickly hazed over by a hail of styrofoam props," or something. She was also in the New Jersey premiere of The Phantom of the Opera - no, not that one. In addition to acting, she was the lead singer in several 80's cover bands, which involved more drama than most REAL 80's bands. Since working with SGP, she has been heavily involved with on-stage roles as well as behind-the-scenes work, including publicity, costuming, and direction. Chris currently holds a Doctorate in Education, so she is formally referred to as Dr. Chrissy, B.A., M.A., Ed.D., CPM. Try to remember all of that, please. 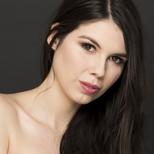 Genny has loved theater since she was a child, and it's been a steady decline into madness ever since. Since 2014, she with Sour Grapes has produced and directed 61 productions in New York, 47 of which have been originals that she has written. She also is the creator and director of two monthly shows - SILENT BUT DEADLY: A Mime Experience, in which she also plays Blue; and CHEMICAL X: The Powerpuff Girls Improv Show, where she portrays Bubbles and various others. When she’s not over-exerting herself with theater, she’s doing about the same with her short film projects.
Most recently, she had her original short Pizza/Bagel as part of the 2020 Virtual Short Play Festival hosted by Be Bold Productions. She also just completed a successful online run of her show original showim ur hamlet. as part of the 2020 So Many Shakespeares Festival (which she also curates), which Hi! Drama called "one of the best uses of Zoom to create a viable piece of new theater," Thinking Theater NYC called "a funny, fast-moving script," Go See a Show Podcast saying "I don't do Zoom theater, but I was VERY pleasantly surprised watching im ur hamlet," and even landed on Time Out NY's list of best live theater to watch. im ur hamlet. was revived at the 2020 Hartford Fringe Festival, where it won the audience choice for Best of the Fest. She will be continuing to write for online media, since this is our weird new normal.

ABOUT SOUR GRAPES: Sour Grapes Productions was founded in 2007, incorporated in New York in 2014, and turned into a non-profit in 2019 by two disgruntled actors who don't like to play by the rules. I mean, they DO play by the rules because they're good noodles, it's just that they don't like to.

Sour Grapes was a resident company of FRIGID New York from 2018 - 2021. In April of 2019 they created SILENT BUT DEADLY: A Mime Experience, and September of 2019 they launched CHEMICAL X: The Powerpuff Girls Improv Show. They are the home of M.Y. Improv, which started in 2020, and started the So Many Shakespeares Festival, which has been running since 2019.