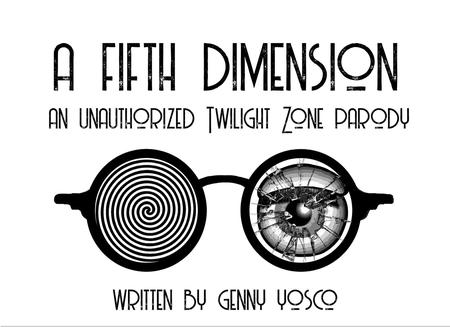 Written and Directed by Genny Yosco

Are you quite familiar with traveling to another dimension? A dimension of sight, sound, and time? Do you look forward to the yearly Twilight Zone marathon on TV to help you ring in the new year? Why not see it live! A Fifth Dimension: An Unauthorized Twilight Zone Parody is comprised of eight scenes, each based off of iconic Twilight Zone episodes. Come celebrate the end of 2021 with demonic children, dolls that come to life, and a gremlin on the wing!

**IN PERSON AUDIENCE MUST BE MASKED AND VAXXED TO ENTER. THIS IS NEW YORK STATE LAW**